The book that transformed my perspective of personal finance. It stood at the conception of my attitude towards financial independence. A great book that forces you to think about your values in the context of your finances. 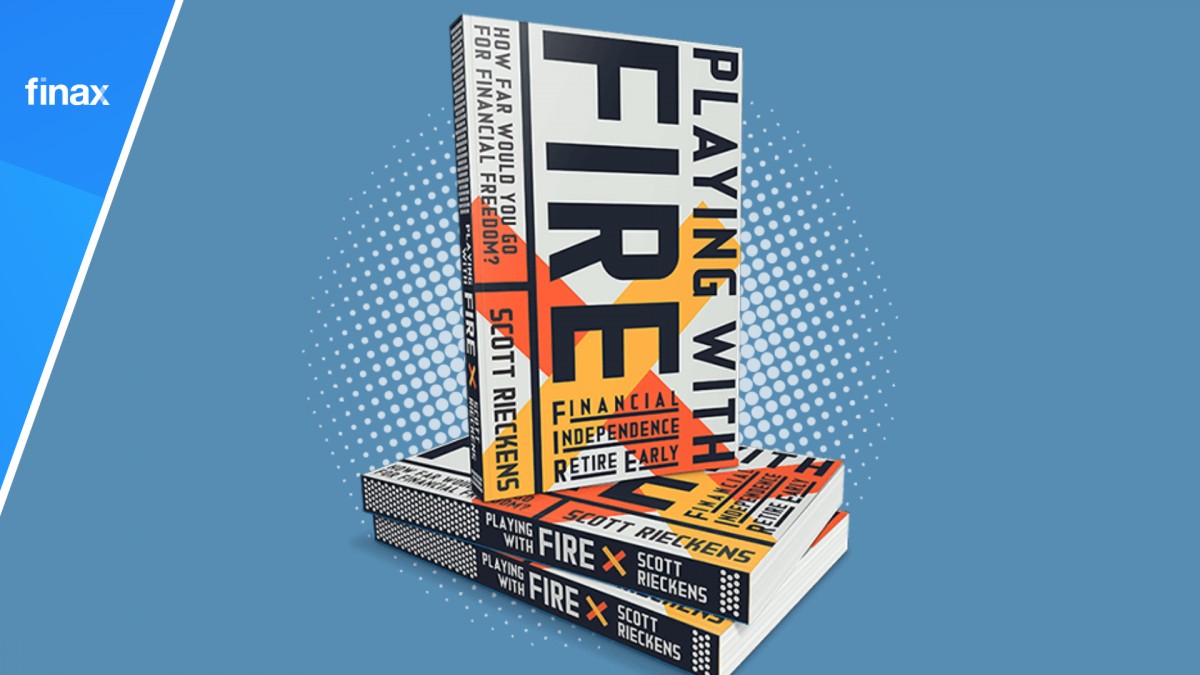 One of our goals in Finax is to continuously educate people in the field of financial literacy. We believe that financially conscious clients will live a more satisfied and rich life. The sense of financial security will give them certainty and greater freedom in their decisions. They will not feel stressed by the future or unexpected situations that life has prepared for them from the financial standpoint.

We don’t always have enough space to break down the topics of blogs, podcasts and videos to such an extent as we wish. The books, however, offer this space. There are many amazing books that can take your knowledge of finance to the next level.

We have already set up our own library of interesting books in the office and even I am flipping through them page-by-page. Many of them have made a great impression on me and I believe they will offer a great deal to you as well. That’s why we have decided to create our Finax Library through which we offer books to our clients and they will then pass them on. We have purchased the first 30 books – 3 titles, 10 books each. If this concept proves to be a success we will add other books that we already have our sights set on today.

The sad news for many will be the fact that most of our library will consist of books in English. Unfortunately, publishers don’t see such an advantageous business in the topic of finance and these books are usually not translated. Looking at the bright side, this way the books will be available to our clients from all over Europe.

In order to give you a better idea of what the books are about, we will post their reviews. The first three books will be focused on the topic of financial independence – a popular trend which has already been adopted by several millions of Americans, to reach the retirement earlier and be able to devote their time to what they enjoy the most in their lives.

As the first title, we have chosen the book by Scott Rieckens: Playing with Fire. It is a very simple autobiographical story of a family that has decided to live a simpler life to achieve their financial independence. It’s a book that can kick off the change in your thinking and change your relationship with money.

Scott is an average middle-class American. Together with his wife, they lived in a city on the Pacific coast in California. He lived the typical American life which many of us live here in Europe as well. Life filled with many stereotypes that got Scott caught up in the spiral of work and expenses.

However, one Monday morning in February 2017, something changed. On his way to work he listened to a podcast where Tim Ferriss interviewed Mr. Money Mustache (Must stash your cash) – a world renowned blogger and promoter of financial independence: Episode # 221 –  Living Beautifully on $25-27K Per Year.

Scott thought that he had been leading a happy life of an average, well-off American. However, the podcast made him understand that all his and his wife’s efforts had been directed towards being able to afford a life that is financially demanding and which they can’t enjoy. They got caught in the financial trap of “Happy Life” which exerted enormous pressure on them to keep their standards of living. Their life actually boiled down to 3 things: WORK, FOOD and SLEEP.

They live on the West Coast in California which is considered as one of the most expensive places to live in the United States. However, when they thought about the things that make them happy, neither the sea, nor the luxury car or other things they were spending money on were on their list.

Scott’s family managed to save only 10.000 USD from their net income of 142.000 USD a year. He would ask himself, how is that possible. Scott’s conversation with Mr. Money Mustache convinced him that it’s time to change their consumerist way of life, achieve financial independence, and start fulfilling their dreams.

How to get the wife on board

If Scott wanted to start living more frugally and achieve financial independence, the basic prerequisite was to get his wife, Taylor, on board with this idea as well. But how to convince your wife that it’s exactly the simplicity and frugality that will bring you a happier and fulfilling life?

He was trying to slip her various articles and podcasts on financial independence and was gradually preparing himself for the day when he would have to lay all the cards on the table.

When they both made their lists of what makes them happy in their lives, they found out that they both put down things that are quite common:

Why are they then wasting so much money on things that are not on the list? Scott and his wife realized they can enjoy all these things exactly the same even while living a more frugal life.

It was not easy for them to give up a Yacht Club membership or their luxurious BMW. However, when they did the math and realized that buying a cheaper car would allow them to retire a few years earlier, these decisions became a no-brainer.

Why you should read the book as well

The book is very simply written. The English is easy to read and I guess the only word you might need to learn is “frugal” – economical. This 200-page paperback is a quick read.

Nevertheless, I recommend you think about your financial situation and the possible changes in your family budget as you read.

The story was incredibly captivating because it is told from the point of view of a common person who had never before understood finance or investment. But he had the courage to make a major decision and change his life. How about you?

This book was also made into a movie. However, the movie failed to engage my attention as much as the book. I had no time at all to think about my personal financial situation while watching it. Changing your life starts with changing the way you think and that’s why I recommend the book. The movie is, nevertheless, a good alternative for those whose knowledge of English is limited, as they can watch the movie with subtitles.

You can buy the book on Amazon.