Book Review: The Millionaire Next Door

Have you ever thought about how the regular people become millionaires? The authors of the book The Millionaire Next Door, William D. Danko and Thomas J. Stanley, spent years analyzing the behavior of American millionaires. This book will show you the way to become a millionaire yourself. 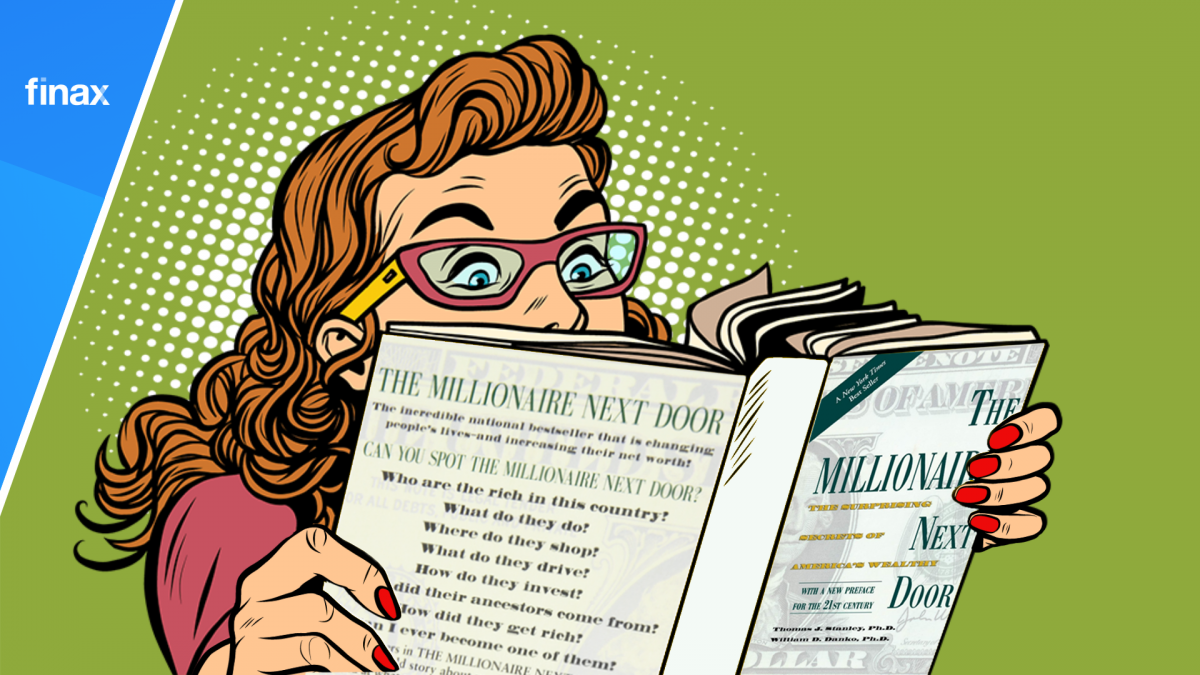 I have been thinking about reaching financial independence for quite a while now. Those of you who have seen my FIRE webinar (Financial Independence Retire Early) know that in order to become financially independent, your assets must generate passive income covering your living costs.

The history shows us that if you build up an investment portfolio of 1 000 000 Euros, such a portfolio should cover your annual expenses of 40 000 Euros for at least 30 years. And that’s the sticking point.

Considering the fact that annual expenses of my household are even a little more than 40 000 Euros, I have to become a millionaire in order to achieve financial independence.

That’s why I decided to read the book The Millionaire Next Door. The authors are renowned American professors who dedicated a big part of their professional lives to the so-called affluent clientele – the rich.

Some of you might argue that a set of data from 25 years ago is no longer valid today. Honestly, I didn’t find anything in the book that wouldn’t be true today, save the prices, which have almost doubled due to inflation.

All that glitters is not gold

You couldn’t tell an American millionaire from a common person, at least majority of them, because on the outside they are just like you. Their main trait is that they lead frugal lives and invest all their savings in assets that generate more wealth.

The authors use amazing examples from family environment to simply explain the differences in behavior of real millionaires and people who are only posing as millionaires - and due to their extravagant lifestyles will never really become millionaires.

Wealth could be described as assets that have not been transformed into a tangible form of consumerism – cars, expensive holiday, luxury goods etc.. The typical millionaire is not a person who makes a ridiculous amount of money. On the contrary, millionaires are the people who are able to save and invest a large part of their income.

As the book is no fiction but a cold-hard fact research, everything is supported by data. That’s why the book, on top of many anecdotes, also contains numerous tables, charts and examples.

The concept of personal finance is not complicated – save and invest a large part of your income for a long period of time and eventually you will build a significant wealth. It’s not about finding an investment solution with the highest possible return but about years and years of discipline. That’s why you can also become a millionaire.

Many American millionaires want for their children to have simple and comfortable lives. However, children brought up in luxury often lack the motivation to work hard, live frugally and their expensive lifestyles are often supported by their wealthy parents. This book taught me a lesson as a parent – on how to bring up my kids so that they will be as independent as possible and have the chance to become millionaires on their own.

So who is the typical American millionaire?

People who become millionaires lead a lifestyle focused on accumulating money. The authors identified these seven recurring traits among those who are the most successful in building their wealth.

I have already come to make some of these habits my own. Nevertheless, this book was eye-opening in many new areas.

The Millionaire Next Door is one of the best-selling books on finance and wealth on Amazon. In general, we could say that books which have stood the test of time are usually more valuable.

Reading a newspaper article and a comment on the current market development isn’t enough to make you wealthy. If you want to learn how to get rich, study people who have already achieved this goal. If they demonstrate common traits and processes, good for you. Read timeless books. This is one of them.

You can buy the book on Amazon.