Do you want get rich? Invest long-term

Warren Buffett, one of the richest people in the world, bought his first equities at the age of 11 and continues to buy them even today. At the same time, he says: "I regret that I did not start investing earlier". Buffett's path to wealth is the embodiment of the compound interest principle. Up to 99% of his property was earned after his 50th birthday. If he started investing just a few years earlier, his assets could already exceed the sum of $ 100 billion. But don't worry, he will reach this milestone soon. An annual return of 8% of the $ 86 billion asset means a return of nearly $ 7 billion, that is a higher return than what he managed to earn in his first 60 years. From the asset’s appreciation perspective, each year is more valuable to him than the previous one. 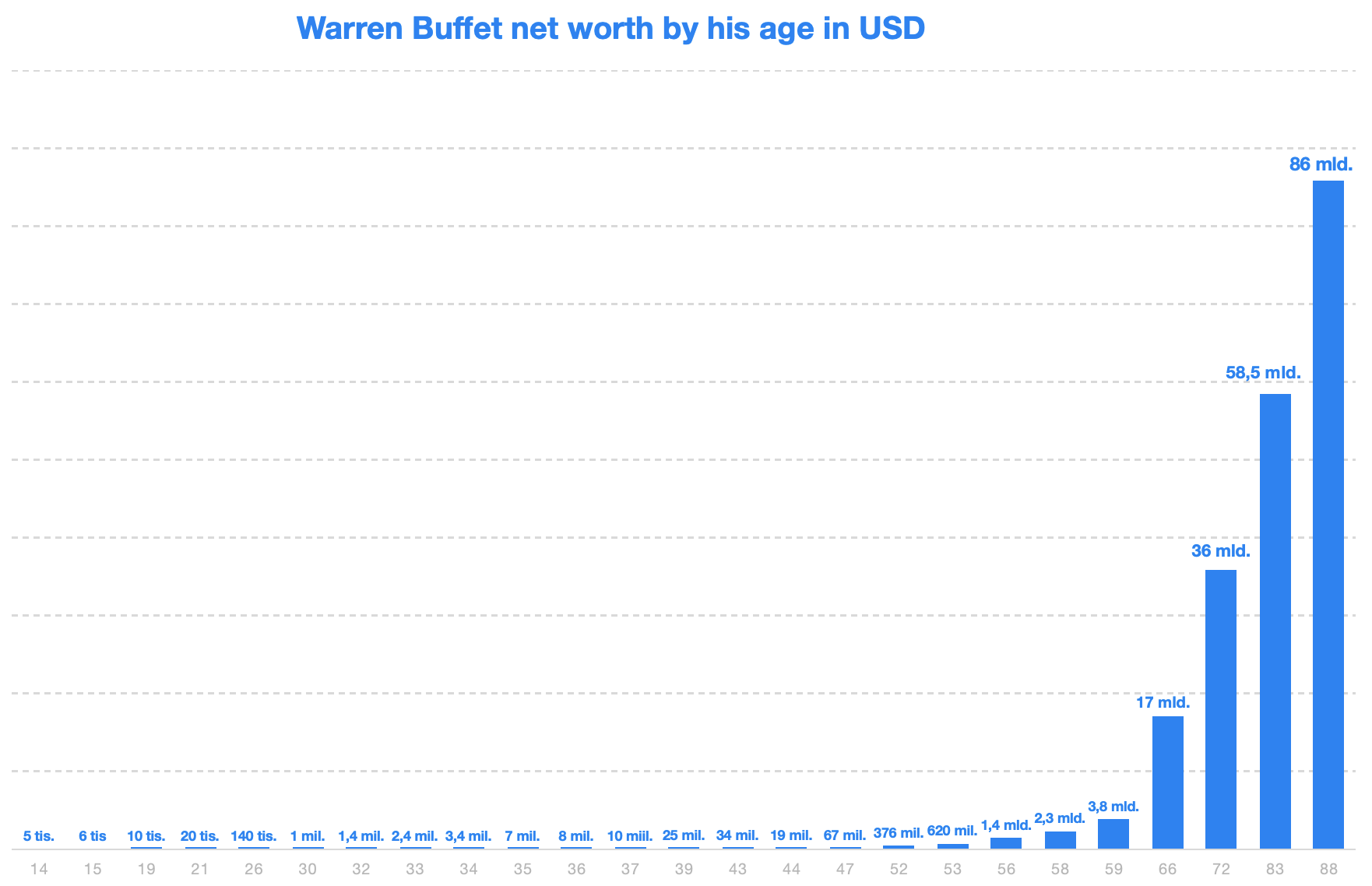 The sooner you start, the more you earn

Only long-term investment is a guaranteed recipe for success in financial markets. Therefore, do not unnecessarily delay the decision to start investing. Every year is important. To showcase this principle, we can look at the different paths and outcomes of two investors:

Ms. Smart started to save for her pension regularly and invests 1000 euros per year (less than 3 euros a day) from the age of 25. This represents two coffees a day that she had to temporarily leave out in return for better future.

After ten years, she decided that she had already done enough and that the rest will be taken care of by time and compound interest. Thus, she will no longer put money to her retirement savings account. On retirement, however, she will still have saved approximately 170 030 euros, which combined with the state pension ensures a comfortable retirement.

On the contrary, Mr. Lazy spent during the first 10 years of his working life all the money he earned and saving or investing was not even a part of his personal budget. But after long discussions with Ms. Smart, he also understood the benefits of long-term savings and investment. At the age of 35, he also began investing € 1,000 per year. 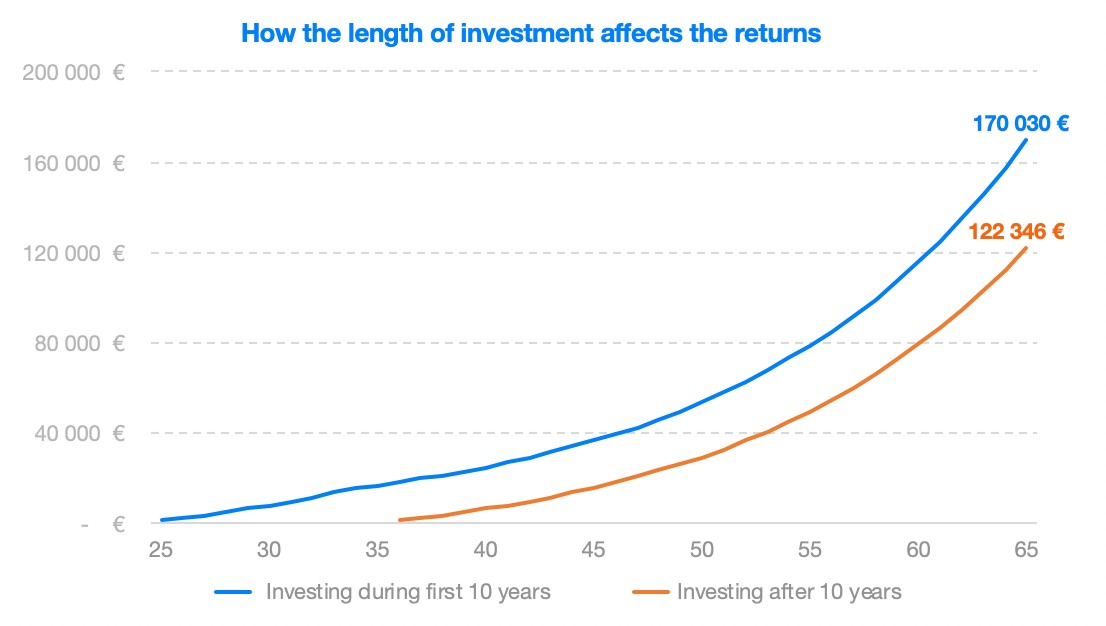 Who will be the first trillionaire?

Apple won the competition for the first $ 1 trillion company on the US Stock Exchange with Amazon a close second.

However, it does not have to take long to write about the first person whose personal assets exceeded a trillion dollars. Jeff Bezos, the founder of Amazon, whose assets recently exceeded the $ 180 billion mark, is closest to this achievement. It may not seem like it, but given his age (57), he could become quite simply a dollar trillionaire, even in less than 25 years.

He does not even have to rely on Amazon's further sharp growth. He can hand himself a notice and put his feet up as the time and compound interest to do all the work for him.

If he invests his assets on the stock market for the next 23 years, he will reach the sum of $ 1 trillion before his eightieth’s birthday. In comparison, Warren Buffett is currently 90 years old and has net worth of approximately $ 87 billion.

Probably none of the readers of this blog will become a trillionaire, but you will surely be pleased with achieving your modest financial goals. Whether you are investing to make your retirement better, save money to buy a dream house, children education, or building property, compound interest can also do wonders for you.

Rate article:
Do you want get rich? Invest long-term
Rating: 3.5 2