Plug your ears and watch out for Scylla and Charybdis!

Odysseus faced many pitfalls when returning from Troy. One of them was a strait with the monsters Scylla and Charybdis. The challenges that the mythological hero faced illustrate the temptations that accompany the investor and his investment strategy on his journey towards the investment goal. 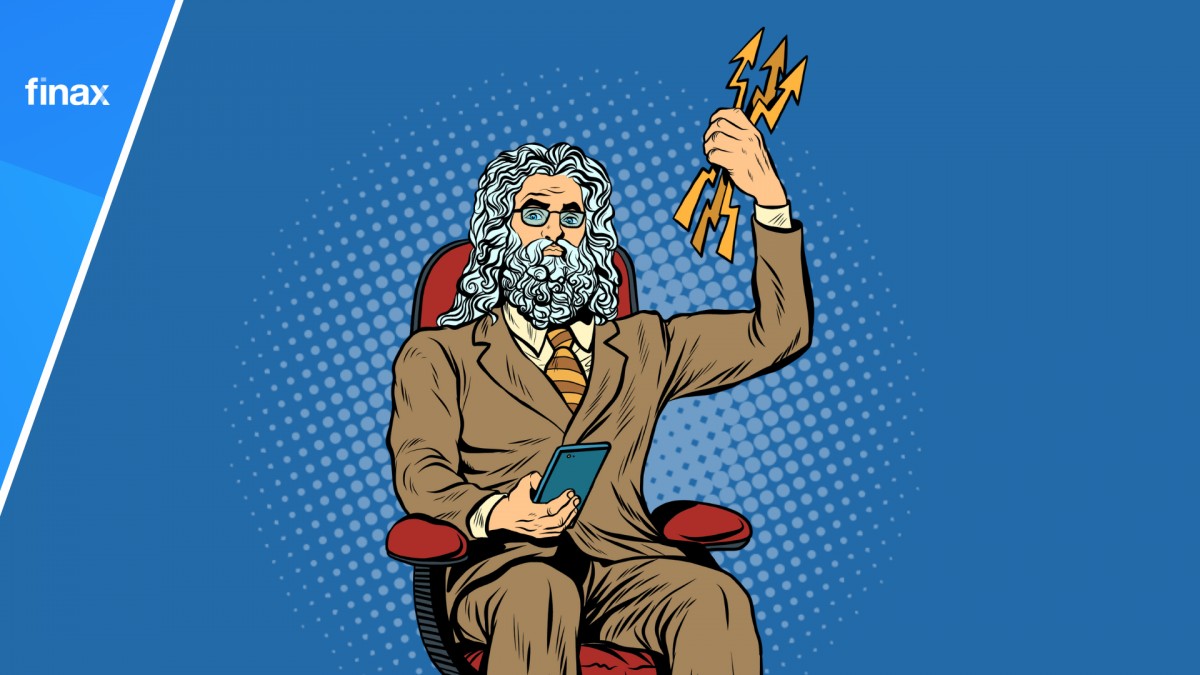 On his return journey from Troy, Odysseus had to cross a very dangerous place. Without the help of gods, it was almost impossible to overcome this narrow strait.

On one side of it, the monster Scylla lived in the cave. Originally, she was a beautiful naiad who used to bathe in sea water. However, the sorceress Circe turned her into a terrible six-headed dragon. Since then, Scylla had been hiding from the world in a cave near the strait.

Opposite to her, under a rock in the sea, lived another monster - Charybdis. She was also a beautiful naiad, until the angry Zeus punished her by turning her into a monster that swallowed seawater three times a day and then belched it out.

The two monsters were close to each other, each on one bank of the strait. The ships in these places either came close to Scylla, which attacked and often destroyed them, or Charybdis, which completely engulfed them and dragged them below the surface.

Odysseus was thinking for a long time on how to cross the strait safely. In addition to Scylla and Charybdis, Sirens - mermaids, which lured sailors with their songs to throw themselves into the waters to die, also lived in this strait. Knowing of this danger, Odysseus plugged the sailors' ears with wax to protect them from the voice of mermaids, and he ordered his men to tie him to the ship's mast.

Sailing near Charybdis was, compared to Scylla, considered to be riskier. Scylla is dangerous, but she doesn't always cause complete destruction of ship like Charybdis. That's why the witch Circe advised Odysseus to sail close to Scylla, however his ship had to be quick. Odysseus managed to do it, but Scylla took 6 of his men.

Fun fact, this place actually exists. Described is the Strait of Messina between southern Italy and Sicily. The waters of the Tyrrhenian and Ionian Seas meet in these places. Sailing here has always been very dangerous, mainly due to the fast and irregular sea currents.

Sea currents, accompanied by strong winds, often reach speeds of up to 90 km/h. But you won't find mythical monsters there. Dangerous rocky cliffs are Scylla, and Charybdis is a real vortex on the other side.

However, you will get to know these monsters when investing. Scylla and Charybdis represent our emotions.

Scylla represents fear and anxiety. Fear of failure or loss. Fear of unknown. She often ties our hands, we lose control, and when we are unable to overcome our fear, we fail. Either the missed opportunity is to blame, or we drown in the sea in the hope of finding another way. Many times, when sailing near Scylla, we damage the ship or lose some of the men.

However, this is the only right course. We should be worried about our capital and also be interested in what is happening to it. But fear must not tie our hands. I we feel the breath of Scylla, or in other words fear, it is a good sign. Compared to Scylla, there is an even worse monster out there - Charybdis.

Charybdis represents greed, negligence in investing. If we sail near it, we often do not even notice that we are getting too close to it and suddenly our entire ship will be submerged in an instant. Then there is no point of return.

We have to weigh our options. How do we know when we are too close to Charybdis? If we are getting less cautions, we follow only big profit regardless of the risk, and we feel that nothing wrong can happen to us, Charybdis will not be far away.

And then there are the ubiquitous Sirens, who constantly attack us with their eloquent voice and try to deviate us from the ideal course. You don't have Bitcoin yet? And what about Tesla? We hear sirens all around us and it really takes a strong will and wax in our ears to not let them lure us and be able to escape.

There is nothing wrong with Bitcoin or Tesla, if we are aware that it is only speculation and not investment. Subsequently, we need to adjust the size of the investment and our expectations.

The ship’s crew is an investor who wants to reach his investment goal. However, every journey to the destination leads through the Strait of Messina, which must be crossed by every investor. There are no shortcuts.

And we as assets manager? Finax is your Odysseus. A captain navigating your investment ship. Behind him are people of flesh and blood, but they know what Scylla and Charybdis are capable of.

We are also not immune to the voice of Sirens; they often attack us. But we know their tricks and we can deal with them. Therefore, part of our job is to plug our ears and those of our clients with wax and navigate investment ships so that neither Scylla nor Charybdis can destroy them.

There are no shortcuts when it comes to investing. The Strait of Messina can only be safely conquered in one way - keep the right course and don't forget to plug your ears with wax.