Watch the 10 best movies about finance

Winter is coming... and with it, a great time to catch up on movies. Inspired by a study by U.S. researchers, today we bring you a subjective list of the 10 best movies about the financial world to watch online. 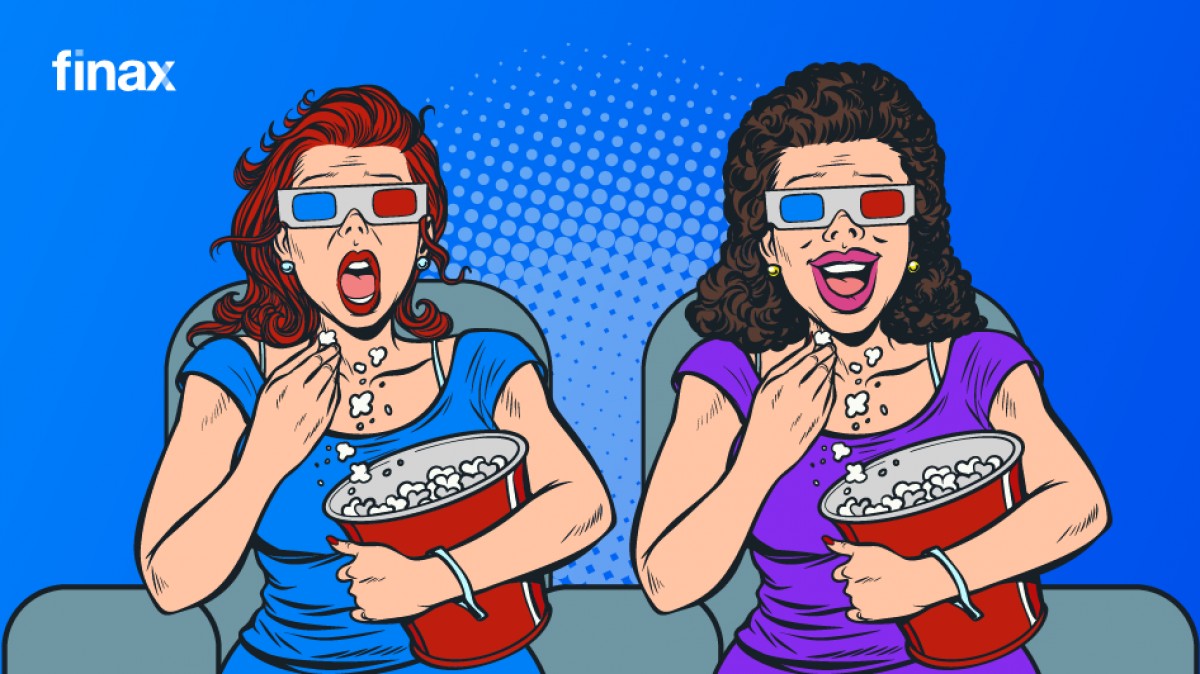 Some time ago, in our search for worthwhile films touching on topics close to our hearts, we came across the article "Finance in Cinema: A Survey of Professor Ratings of Films for Finance Students" by George W. Kester, DBA, Washington and Lee University, and Timothy B. Michael, Ph.D. of the University of Houston - Clear Lake, who asked members of the Financial Education Association questions about 30 films revolving around the world of finance. The researchers examined which films academics are most likely to recommend to finance students and use in undergraduate classes.

If you'd like to see the ranking published by them, be sure to take a look at the study. We took its results as an inspiration to compile our own subjective list of finance movies worth seeing. We've selected only those films that you can legally watch for free as part of a subscription or for a small fee on online streaming platforms.

This is an undisputed number one - both on Kester and Michael's list and on many other lists of finance-themed films (7.8/10 rating on IMDb). This Oscar-winning film is based on Michael Lewis' bestselling novel, which we also recommended in our list of the 8 best books on investing. It tells the story of the investors who correctly predicted the collapse of the real estate bubble in 2008 and made a hefty profit from it. The film is critically acclaimed by both critics and finance professors who point to its unique educational value. Just for the record, Michael Burry - the main character who became famous for getting rich from correctly predicting the crisis - has not been doing very well in the capital markets lately. As you can see, beating the market several times in a row is indeed a difficult task.

You can watch the film on Netflix.

Number three on the list mentioned above. The film details the actions taken to bail out failing investment banks during the 2008 crisis by U.S. Treasury Secretary Henry Paulson's team and the decisions they made. It received 11 Emmy Award nominations.

You can watch the film on HBO GO.

The Oscar-winning story of a young, ambitious stockbroker who, under the influence of ruthless financial shark Gordon Gekko (played by Michael Douglas), goes against his own conscience and uncovers inside corporate information. Well, being an active investor is clearly not a bed of roses ;) A good contribution to the debate on the nature of ethics in finance, ranked eighth in the American Scientists.

You can watch the film on AppleTV and Disney+.

Another Oscar winner on our list, this documentary follows the economic crisis of 2008 - but this time focusing in detail on its causes. It shows how regulatory changes and the imposition of certain practices on banks led to the creation of the housing bubble and the subsequent bankruptcy of Lehman Brothers and the collapse of the financial system. Sixth in Kester and Michael's ranking.

A documentary about the U.S. national debt tells the story of Robert Bixby, director of the Concord Coalition, and David Walker, former U.S. Auditor General, as they travel the country informing the public about the potential dangers of the growing U.S. budget deficit. It ranked fourteenth on the list.

You can watch the film at watchdocumentaries.com.

Next on the list is a feature film made before the 2008 crisis. The protagonist, a young stockbroker, starts working with an extremely dynamic investment company that offers fabulous salaries to its employees. In return, he learns to use aggressive tactics to win customers and to master manipulative techniques to perfection. According to academics, the film may over-demonize the world of finance - it ranked as high as eighteenth in their rankings - but the first part in particular is truly valuable for students.

An Oscar-nominated documentary based on the bestselling book by McLean and Elkind, documenting the collapse of the giant corporation Enron - considered by many to be the largest bankruptcy in U.S. history. It reveals how top executives of major corporations were able to embezzle more than a billion dollars. Number five on the academics' list.

You can watch the film at watchdocumentaries.com.

After the more challenging documentaries, here's a lighter respite for you. Trading Places - a comedy starring Eddie Murphy - surprisingly ranked a solid sixth in the American college professors' rankings . There's nothing surprising about that, though. Academics praise it primarily for its simple introduction to stock market terminology and its good illustration of how short selling works. The film tells the story of a homeless street hustler and a privileged stock trader who unwittingly become the victims of a bet between two wealthy men trying to decide which has more influence on success: genes or environment.

Now for a film that will guarantee a pleasant viewing experience in the aftermath of the Christmas season. The classic, which turned 75 this year, tells the story of a kind-hearted man who gets into financial trouble and decides to take his own life. However, a guardian angel appears along the way... Ranking fifteenth on the list, the film also introduces several mechanisms relating to banking or the regulation of depository institutions.

You can watch the film on Amazon Prime.

Based on the main character's diary, this film directed by Oscar winner Martin Scorsese chronicles the Wall Street career of the controversial stockbroker Jordan Belfort. Known for his hedonistic lifestyle, Belfort bilked wealthy clients out of millions of dollars, which he just as quickly spent on parties, drugs, and other pleasures. Because of criticism for exaggerating the story and portraying the stock market in extremely black terms, and because of his obtuseness and vulgar language, it ranked only 24th out of 30 on the list of academics.

You can watch the film on Netflix.

Do you know and appreciate other movies about finance and investing that didn't make our list? Let us know! And if any of these films particularly resonated with you (or vice versa) and you'd like to post a review on our blog, we're open to collaborations. Just drop us a traditional email at client@finax.eu.